skip to main | skip to sidebar

I am currently in Seattle, attending the Watson Fellowship conference for returning fellows. All fifty of us have to give a 10 minute presentation on our past years. I put together this photo slide show for my presentation. It is admittedly unpolished and somewhat hard to follow with few explanations, but you may want to take a look if you've been following my blog. You'll notice a lot of repeat photos from the blog as well.

Believe it or not, I left Boston for Lima 365 days ago. That makes a year, which means my Watson Fellowship is coming to an end. I'm now in Singapore, and will be leaving here in less than 12 hours for a long voyage back home to Concord, Massachusetts.

I haven't thought too much about what this blog will become when I'm home; I imagine I'll keep posting photos, perhaps some reflections on this past year's odyssey, and the like.
Posted by Cedric at 4:29 PM 1 comment:

Lebuh Gereja and other Portuguese influences

I am now in Malacca (Melaka) which, along with Georgetown, was recently made into a UNESCO World Heritage Site. As a crucial port along the straits of Malacca, the city is a mish-mash of influences from the Portuguese, Dutch, British, Chinese, Indians, and of course, the Malays.

It just occurred to me that the street name "Lebuh Gereja" is derived from Portuguese; (Lebuh means "street" in Malay) "Gereja" is derived from the Portuguese word for church, igreja. Some people still speak "Kristang," a language that has evolved from Portuguese spoken in along the southeast Asian maritime routes. Incidentally, tempura, yes, the quintessentially Japanese deep-fried veggies/seafood, also has Portuguese origins.
Posted by Cedric at 12:00 PM No comments: 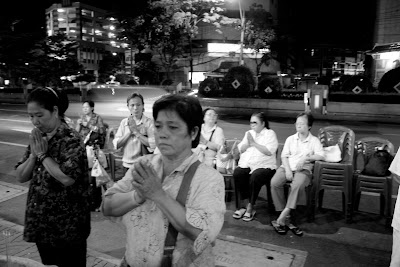 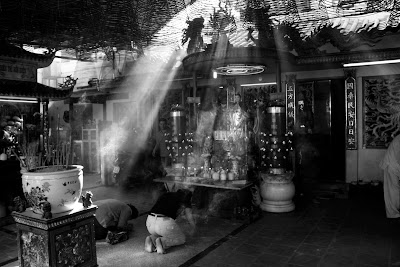 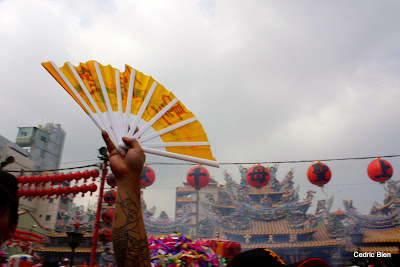 Adding to the somewhat strange textures that "found" filters can create... 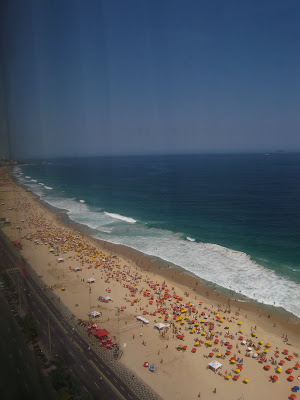 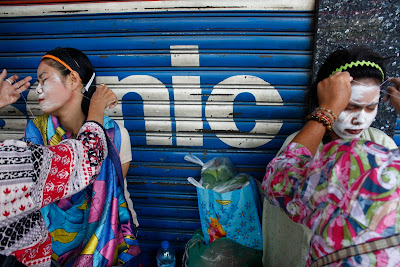 Posted by Cedric at 6:51 PM No comments: 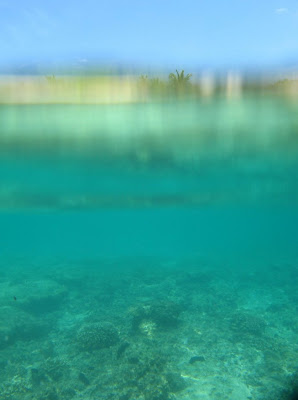 Perhentian islands, Malaysia
Posted by Cedric at 6:48 PM No comments:

The Watson is coming to an end... 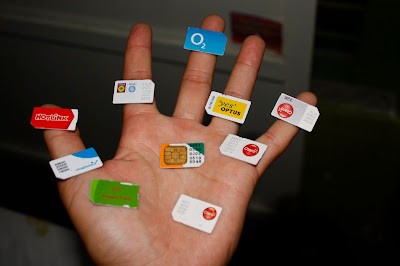 SIM cards I've accumulated over the year.
Posted by Cedric at 1:50 PM No comments:

Social support and the Chinese

"Thanks to the social security system in America which provides a worry-free life to my mother, [it] in turn relieves my burden to support my mom's living... In China, there is no social security or welfare for the elders. It is one of the big reasons that the Chinese children have a stronger sense
of responsibility for their parents." -- Mom

I've been meaning to write about social support and the Chinese for a while. I became interested in this subject while doing research for my senior thesis, as I tried to understand the effects of China's diminishing social support systems following economic reforms in 1978. The economist Amartya Sen argues that the Chinese preference for sons is primarily a socioeconomic one. Basically, many Chinese turn towards their families to provide adequate social support, particularly in old age. Because of traditions of patrilineal marriage, daughters are "given" in marriage and live with their in-laws. Sons stay "in" the family and are expected to provide care for their parents.

It's easy to see why sons are favored when there is little state support for the elderly. Most Chinese, both in and out of Chinese, seem to be largely apolitical, and rarely use politics to try and solve social problems (in marked contrast to most Latin American countries, for instance). And because most Chinese do not receive -- nor expect -- support from the state, they often turn toward their extended families for support.

Although the research has been out for a couple years at this point, the New York Times just published an article about gender bias even among overseas Chinese in the U.S.
http://www.nytimes.com/2009/06/15/nyregion/15babies.html
Posted by Cedric at 10:16 AM No comments: